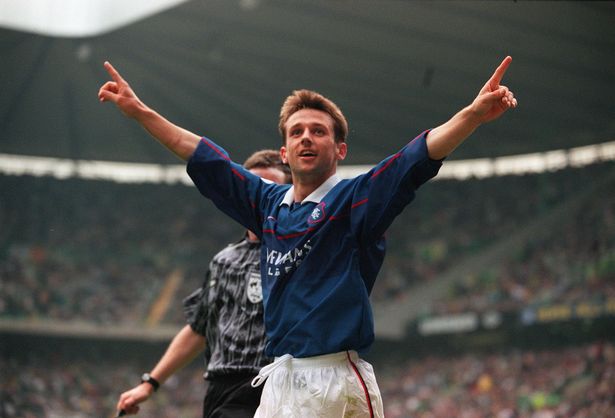 Rangers’ Parkhead title winning hero Neil McCann has added his respected insight into why Rangers have struggled domestically, but shone in Europe, and it isn’t exactly what you think.

While a number of theories have been provided, McCann is in a better position than most to analyse it, given he was a Ranger for long enough, and managed Dundee as well, and fans tend to listen to what he has to say.

His comments were telling:

“Domestically, Rangers are expected to dictate the play all the time, which means they are open, and they’re asked to go and break teams down in the final third. Whereas in Europe, they’re prepared to give up the lions’ share of possession, they’re prepared to give up territory and hit on the counter-attack themselves, so it becomes a different animal. That’s a different question that Rangers have been asked of late, especially since the break, and they’ve not come up with the answers enough. But maybe this will give them a shot.”

In short, Rangers thrive when the pressure is on their backline and they’re being compressed, before smacking their opponent on the counter, whereas the domination style play they’re forced to employ in the league plays into the opponents’ hand.

In simple terms, Rangers aren’t as good as Celtic at breaking down 10 men behind the ball, but are much, much better than the Parkhead side at hitting on the counter.

Some of Rangers’ most memorable goals this and last European season came from breakaways – who could forget Daniel Candeias’ ridiculous assist in Spain for Alfredo Morelos last season, while of course Wednesday’s winner came from pure counter attacking territory.

As McCann says, if Rangers can solve that domestic issue, of being able to break down stubborn defences, it will make a lot of difference.

And certainly the Scottish Cup could rest on it.