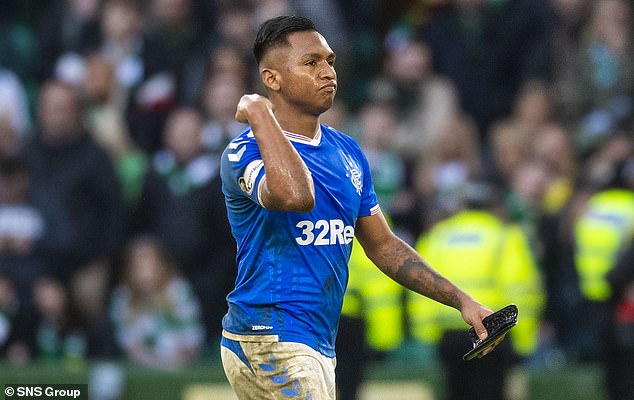 In December last year, Alfredo Morelos was subjected to racist abuse. Celtic denied ‘receiving any reports’ of this (whatever that means) but wanted proof.

This was widely reported.

Today as a 12-year old boy was charged with being racist towards the Colombian, both Celtic and the papers, especially a certain Scottish red top, have gone incredibly quiet over the topic, preferring instead to cry foul over an interview with sloppy translation.

We find all of this extremely poor, and very much head in sand mentality – we have categorical proof Morelos was abused at Parkhead and only one paper is willing to report the story, and only if you search hard enough for it.

Otherwise, it’s as if it never happened – apart, of course, from Rangers rightly castigating the press tonight over their appalling treatment of Morelos

The story was big news, as Celtic declared self-righteous indignation over the accusations – admittedly they didn’t deny this had happened, but said they wanted evidence.

Well, they’ve clearly had evidence for a while but chose and choose to disregard it.

Rangers are capable of holding our fans to account, of releasing statements to criticise certain aspects of conduct – it seems Celtic don’t hold their fans to the same standards, and anything like this doesn’t get publicly shamed.

No, there’s something very wrong in Scotland these days, and while Rangers are no angels, we don’t think this one is on us.