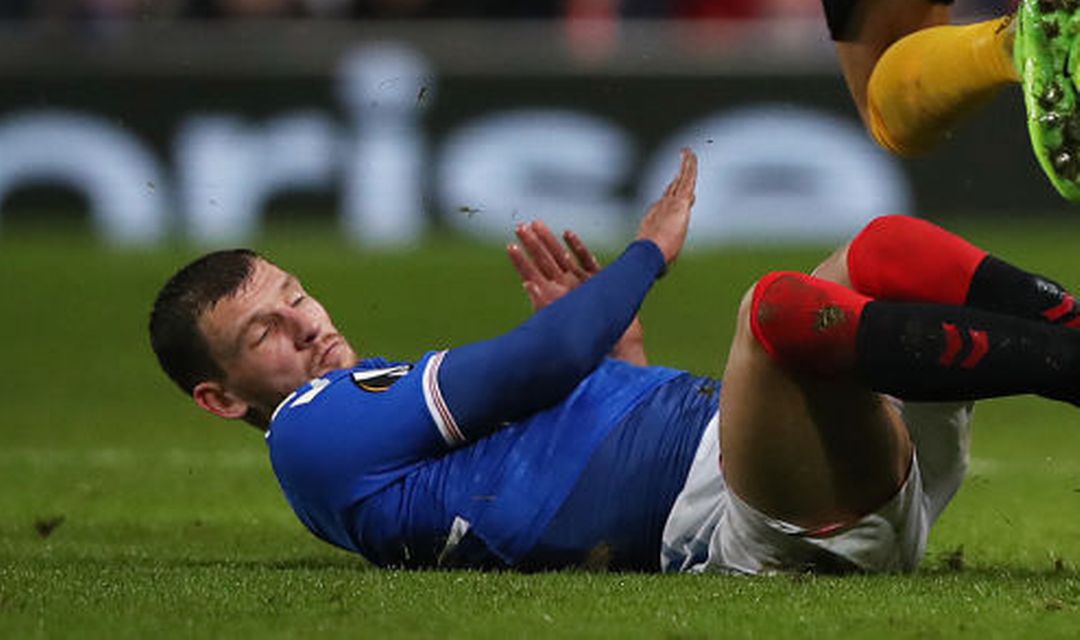 Once again we find ourselves here, in this place, the one Ibrox Noise has campaigned for repeatedly over the years, and the horror just continues.

Once again, a plastic pitch has cost us a player.

We don’t yet know exactly the prognosis for Borna Barisic and his hip issue, but the way his studs caught in the turf is unique only to plastic pitches.

Remember how Jamie Murphy’s stud caught in exactly the same way at Killie, and Waghorn’s also at Rugby Park?

How the SFA and SPFL can allow these atrocious surfaces in 2020 is beyond us, and it’s a complete disgrace to the dignity of our sport, our nation and our league that sees top class world class athletes like Borna Barisic robbed of football because Hamilton and Killie were too cheap to install a real pitch.

It is absolutely deplorable that professionals’ careers are being risked for the sake of saving a few quid, and just like Scotland are the only ‘credible’ league in world football without VAR, we’re also backwards on our pitches as well.

How can plastic pitches be deemed acceptable to such a high class professional game – it beggars belief that the SFA and SPFL have not outlawed this yet.

We posited whether or not Jamie Murphy has a serious legal case against Kilmarnock and the SPFL/SFA – we deeply hope Borna’s injury is not too severe.

But with it being a cheap and nasty plastic pitch it’s possible.

And no sympathy on the financial side – don’t weep your crocodile tears about not being able to afford a real pitch.

If you can’t afford a real pitch, you shouldn’t have a football club in the SPL.