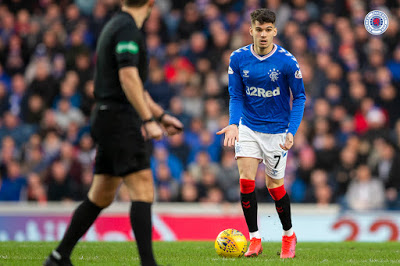 Ibrox Noise suggested earlier that a way to get some zest into otherwise lethargic displays was by starting new signing Ianis Hagi, who appears to have all the qualities to get Rangers going again, and we weren’t horribly shocked to see you agree with unequivocally.

In a poll, we asked if you felt he should start v Jack Ross’ side and the result was emphatic:

Only 15% of replies think he would be better on the bench, while a whopping 85% want the Romanian playmaker in the starting XI.

Yes, we accept there’s a little risk in this one, and the attacker isn’t yet settled into Scotland, but after five drab performances this calendar year, that spark Stevie alludes to could be in his squad just waiting to pounce on Hibernian.

We completely endorse taking that chance.