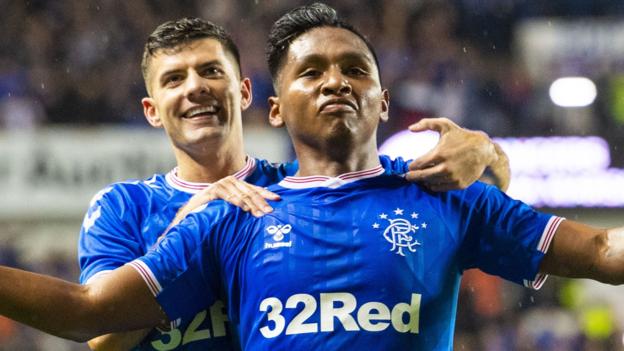 Last night was a wake-up call on a number of levels, one we respect and one we needed, and the one we at Ibrox Noise are going to look at is Jordan Jones.

While we’ve called longingly for his more regular use as a Ranger, despite the injury, last night was his first domestic start in competitive football at Ibrox, and it was patently obvious he struggled deeply.

Let’s look at why Jordan Jones’ Rangers career is not panning out as we’d hoped.

First off, it’s becoming apparent he’s not a Gerrard signing, but a Mark Allen one.

As DoF, Allen brought in a number of players in under his own scouting and remit, and Gerrard’s reluctance to use Jones pre-injury (only started 5 of 13 available matches, now 6 of 14) suggested this wasn’t a player prime on his selection list. Ryan Kent hadn’t even arrived yet so that’s certainly no reason.

Secondly, Jordan Jones clearly has a problem with the way Rangers play, because his play style isn’t fitting in with the rest.

As we know, Jones came from defensive Killie and defensive Northern Ireland – both of these teams are well known for compressive play and counter attacking, particularly his former club team.

He’d use his pace to get behind advanced defences, finding acres of space and could do damage that way. But the one consistent argument from Killie fans about him was his lack of end product, of lack of assist and of product.

We’re now seeing that at Ibrox – in 10 appearances total he has two assists. Not horrible but not good enough – a 2 in 10 rate for a striker in goals isn’t good enough, and it’s not enough assists as a winger.

And of course Rangers don’t play anything like Killie or NI – we don’t sit in, we don’t contain – we retain the ball and high press when we lose it.

Jones seems to struggle with Rangers’ composed and slower possession play, probing and funnelling its way through defences – he’s always thinking about a break, and instead he’s having to reel himself in.

This article isn’t us turning on Jones, we do really like the guy and think he has a lot to offer – but he will have to change the last 3 or 4 years of his football psychology to adapt to how his new club plays.

Fans didn’t react with much praise to last night’s performance from him, and we’re not surprised.

But it took Joe Aribo a while to get going as well, and even he too hasn’t quite universally won all fans over either.

Whether Jones will still get that chance remains to be seen.