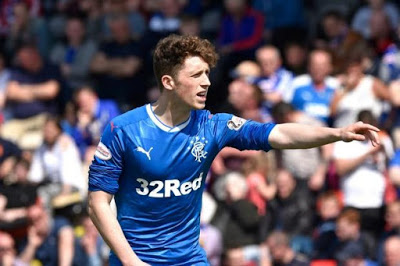 Our earlier piece on Jamie Barjonas as the club’s forgotten man reminded us of some truly forgotten squad members, mainly erased from memory because they’re not even at Ibrox.

The loan Rangers number a preposterous amount, let’s face it, and indicate overwhelming errors with previous regimes. That only one player actually signed under Steven Gerrard is out on loan gives you some idea how well this issue has been tightened up, but unfortunately Rangers are filled with players currently plying their trade temporarily elsewhere.

Ibrox Noise takes you through the main ones (you probably forgot).

Yes, we’d completely wiped this poor sod from our minds, unintentionally you understand. We like Jason a lot, he just isn’t Rangers class, and has vanished since his loan switch to Tommy Wright’s St Johnstone. His results at McDiarmid have been… mixed. By no means a guaranteed starter, the 26-year old has been heavily involved but not an ever-present, and Wright’s side have been awful this season although results have improved in the past 5 with no losses.

Ever since Rangers’ midfield burgeoned with Glen Kamara, Steven Davis and Ryan Jack to name but three, the likeable Scouser’s loan at Fleetwood has been rather wiped out as well. In truth, it’s really an exit because it’s a season-long loan until his contract expires, but it shows how quickly football moves on that this kid has been forgotten.

Yes, he’s still on our books, and he’s having a solid time at Blackpool, but he’s got no future at Rangers. For all Wes’ posturing about wanting to be first choice, the deputy to McGregor seems quite happy to just sit on the bench and pick up his pay anyway, so there’s just nowhere for Alnwick to be at Ibrox.

Only remembered recently because the press made a deal of his alleged impending mutual consent, but nevertheless the Mexican is still on Rangers’ payroll and will be terminated as soon as it can be done. Not literally, but thankfully he will NOT be back.

Exploded onto the scene with a cameo a year ago, but was quickly farmed out to Dundee on loan despite some fans thinking the-then 17-year and YPOTY was ready for the first team. Maybe he will still make it at Ibrox?

That’s the notable ones, there’s tonnes more. Just Jake Hastie of the Gerrard era is out on loan. Shows how this stuff has been utterly tightened up though.