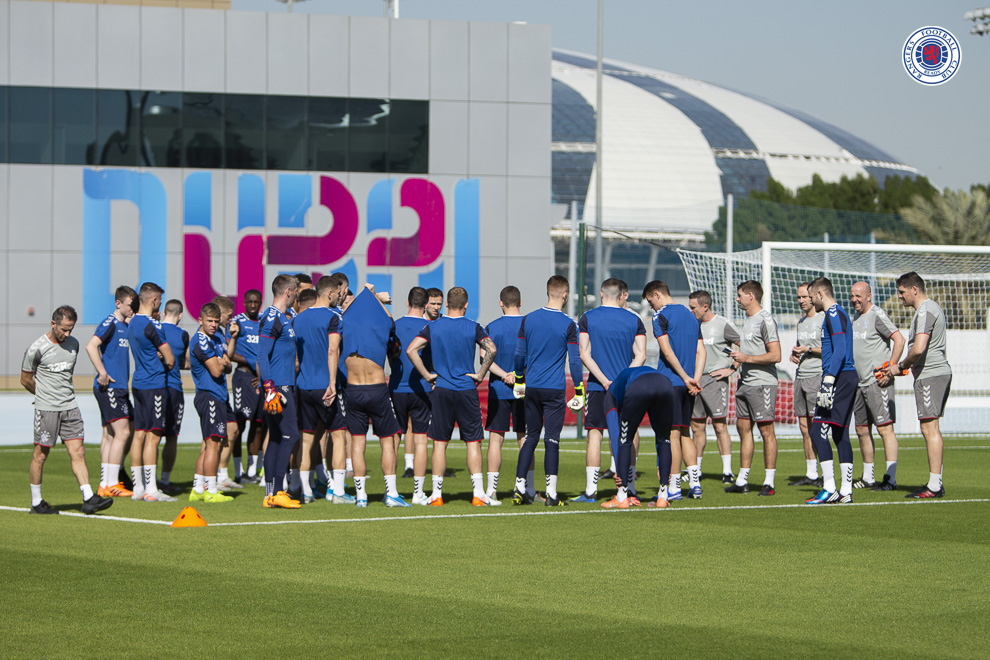 Despite his future at Ibrox looking bleak, nevertheless Greg Docherty is at the Dubai training camp being put through his paces along with the rest of the squad.

It had been suggested the powerhouse midfielder was not on the flight for the middle east, but we can confirm he’s there along with the others, and the only high-profile absentee is Alfredo Morelos, who was given dispensation to return to his homeland for some TLC with his home town.

Otherwise, all ‘relevant’ squad is there and accounted for, with the unnotable exceptions of Jason Holt who is completely surplus, Jordan Rossiter, who remains down south with Fleetwood and Matt Polster who got married a couple of days ago and has been given compassionate leave as well as amidst interest from the MLS.

We doubt strongly Docherty’s inclusion on this trip means anything other than fitness, with Jamie Murphy also included and his Ibrox days are numbered too, so while it’s nice to see Docherty involved, sadly we can’t see him becoming a relevant part of the Gerrard jigsaw.

Would be nice to be wrong.