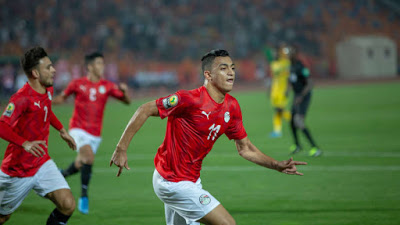 After months of stories around him, long-term target and Zamalek striker Mostafa Mohamed has reportedly handed in a transfer request to his Egyptian employers amidst a stepping up of Rangers’ interest – information is Rangers would take him on a loan now and sign him permanently in the summer.

We weren’t quite sure why Steven Gerrard is so keen on this player, if this story is completely true, but his stats this season do make for solid reading of four goals in 9 appearances plus two in 5 in the African Champions League.

He seems a reliable hitman, and Rangers certainly seek that third striker berth to be filled because two forwards just isn’t enough for a serious assault at 55, and with Alfredo Morelos returning to red cards again, right or wrong, Rangers again can’t rely on him to always be available.

And now it seems Mohamed wants his big European move and is willing to make a fuss at Zamalek in order to get it – the striker has been on Rangers’ radar for quite a while, and previously we weren’t completely certain why, but his numbers, as we say, are pretty decent this season.

Overall it’s 29 in 86 which is still reasonable, if nothing incredible – he is only 22 and showing a lot of promise – he has two appearances for his country as well and is highly regarded nationally.

We’ll see if this deal happens.