Home Rangers Rangers striker set to be sold – lessons of lost millions MUST... 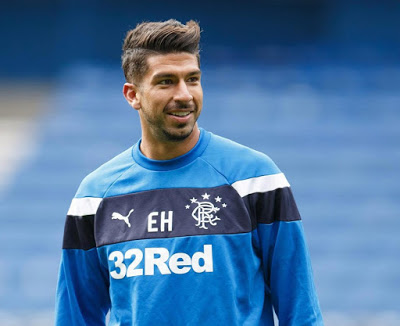 With the breaking news over the past day that Mexican disaster (but decent fellow) Eduardo Herrera is finally set to leave Rangers, the crucial point must be made:

What did these men all have in common? They cost a million plus each to sign, but left for a combined total of £250,000.

This must NOT happen again. Herrera, wanted or not, cost us £1.5M in 2017, and if a Mexican side wants him now, they must pay a decent amount to get him, 6 months left or not.

Herrera supposedly turned down European loans and was content to sit it out at Ibrox, but Necaxa somehow appealed to him more and he’s spent the last 6 months in Liga Mx.

But now he’s back, and the worst-kept secret on planet Rangers is he’s out the door – but it MUST be on our terms and not his.

We’ve lost millions thanks to the Caixinha era – the untold millions spent on players of whom no profit whatsoever has been made – nothing but pure loss.

Rangers, despite our desperation to get Herrera off our books, have to hold our finances in as much respect as we can and ensure we get at least £500K for him. Sure, we will lose on this guy, we know that, but we would rather lose for nothing than sell for an insulting price which just sums up even more the wasted £11M in summer 2017.

Herrera is the first but won’t be the last, but the recent lessons of the millions lost on fairly lucrative assets like Candeias, Cardoso and Alves must be learned and not repeated.