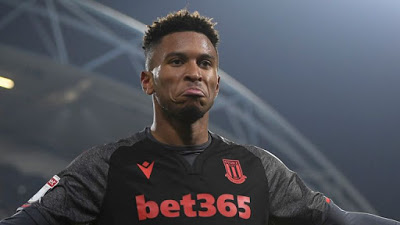 Rangers have offered Stoke City striker Tyrese Campbell a long-term contract amidst competition from PL sides, according to reports.

The 20-year old forward has the pick of around five clubs, but it is said Rangers are at the head of the queue and have stolen a march on the others.

In for the England U20 hitman are Crystal Palace, Celtic, Bournemouth and Wolves, which all presents extremely strong opposition in the fight to secure him, but Steven Gerrard and Ross Wilson appear to have got in ahead and look prime to nab him.

The striker’s Championship record is by no means remarkable, but at only £300,000 it’s not exactly high risk and gives Steven Gerrard a further option in attack.

However, we do wonder what the wage would be if Rangers have offered potentially a four-year deal at a salary which attempts to beat the other four.

Whatever it is, hopefully he is value for money.