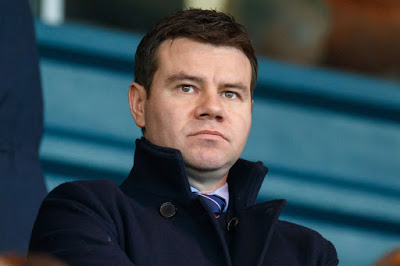 A month or two ago, Ibrox Noise made a strong recommendation over the potential acquisition of Dutch attacker Steven Berghuis.

More recently we learned Rangers were indeed apparently in discussion with a right-sided goal scoring attacker who faced us in the Europa League, and that certainly included Berghuis, and thus since a story has done the rounds the Feyenoord forward is in Rangers’ sights.

Of course, most punters are arguing he’s worth £25M+ and is way out our price range, but there are two points we must emphasise:

Actually his market value, as we revealed to you at the time, is only around £10M – nowhere near the silly £25M some fans claim.

Secondly we point you to the Erling Haaland example – a market value of £75M and thought to be going to Man Utd, ended up at Dortmund because his contract actually had a previously unreported release clause of around £15M.

In short, just because angry internet people assume a player is worth such and such amount, doesn’t mean that’s what Rangers will pay.

A Dutch outlet has indeed claimed Berghuis is in talks for a ‘surprise’ transfer out, and at 28, the days of the attacker being worth £insane amount are over, although currently at £10M he’s more or less at peak value. Players cost the crazy money aged 19 to about 25, nowadays you have to be a world’s best player to cost a lot more at 28.

So are Rangers making a move on the Dutch international? We can neither confirm nor deny it, but it’s certainly not the farcical story some handwringers among our support seem to allege it to be.

The only downside to securing Berghuis is he’d be cup-tied for Braga and beyond.

Still, not a bad player to have for the SPL…