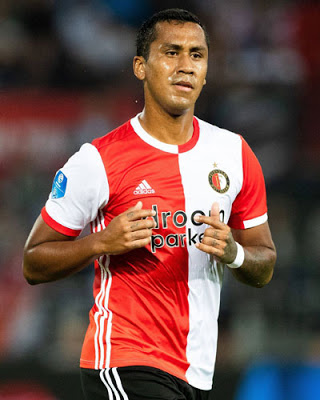 Rangers have tonight been linked with yet another UEL opponent, this time Peru’s DM Renato Tapia.

The 24-year old Feyenoord star is free to talk to clubs this month, and reports claim Rangers, and indeed Celtic, are interested in capturing the 6ft+ defensive anchor, who has an excellent near-50 caps for his country.

Valued in the market region of £4M, this free agent could come now for a nominal fee or Feyenoord lose him for nothing in the summer, and it’s not hard to understand why Rangers want him.

A versatile player, he fits in at CB, DM and RB, meaning he can cover a lot of positions at a high standard, and given his age, and his transfer value, it would be an impressive Bosman/pre-contract to say the least.

Rangers are getting linked with a lot of players right now, and the good thing is they’re much more the calibre of what we expect, rather than a Barnet striker.