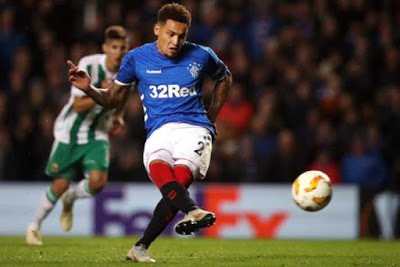 Newcastle have reportedly made steps of a January move for Rangers captain James Tavernier.

A former Geordie, Tavernier never broke through in English football for either them or Wigan, and it’s only since travelling north to Ibrox that his career got going.

Reportedly, scouts for Steve Bruce watched Tavernier at Parkhead, and if the Englishman seeks a move south he’ll have been pleased with his performance that day.

A divisive figure, the 28-year old is seen by many as the weak link in defence, and not particularly suitable as captain, but Steven Gerrard has made the fullback the number one name on his team sheet, and his crossing and attacking is also seen as crucial to how Rangers play.

In terms of value, Tavernier’s is hard to gauge, but we doubt this player is someone his manager would want to lose, given Stevie installed him as captain last May year.