Home Rangers Morelos to Villa… and everyone else 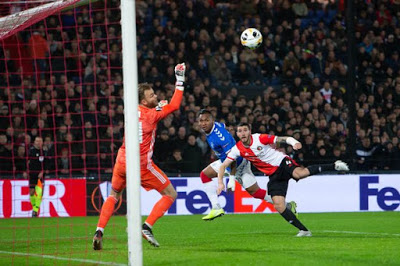 With the Sun today claiming a whole host of English sides are after Glen Kamara (now seemingly excluding Sheffield United) something is becoming apparent more and more every transfer window.

In the last few windows Alfredo Morelos has been linked with a move out persistently, with Villa, Leeds, West Brom, West Ham, Brighton and Crystal Palace the suitors.

And guess what, now Glen Kamara has been linked out, with the teams interested reported to be Villa, Leeds, West Brom, West Ham, Brighton and Crystal Palace.

Yes, for whenever a Rangers player rises to prominence, the Scottish press trots out the same PL and Championship sides as interested.

It does just seem like whenever Rangers players get good, get big, and start to earn reputations, the Scottish press lazily cobbles together stories about the lower half of the PL and upper half of the Championship – they mention all the same teams as interested in our players, every single time.

It’s just absolutely dull journalism, and there’s no evidence behind any of it, other than to sell papers and gain hits.

As a Rangers site, it is our job not only to bring you analysis and comment on our club, as well as unique stories, but to report on existing ones – and unfortunately some of those do seem to be the repetitive and plagiarised stuff the Scottish press have.

So we apologise if occasionally we bring you a story because it’s out there, but that’s part of what we do.

And we can safely say if the rumours are true, Aston Villa are basically signing half our team…