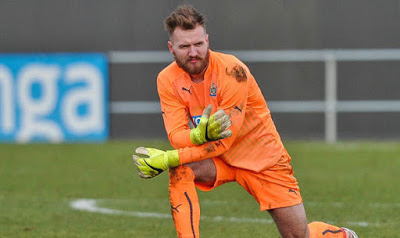 For one reason or another, a number of squad members did not travel to Dubai (yet) for the winter training camp.

Ibrox Noise takes you through the most notable (and some less so) of those who aren’t in the Middle East right now:

Alfredo Morelos:
On leave to get a little home time with his childhood town, the Colombian has been charitably helping around his old neighbourhood – he’s a slum kid come good and he hasn’t forgotten his humble roots. It’s nice to see perspective, despite all the circus that goes on around him.

Despite the whole of the SPL being on a winter break, Holt still wasn’t on the flight to Dubai as a little respite from his St Johnstone loan. Little else shows how unwanted this guy now is, completely surplus.

Blackpool’s season is still ongoing and the former number two has stayed down south rather than coming on the trip like Jake Hastie.

Not really a shock, we’re working to get rid of this guy, but nevertheless he has zero future at Ibrox and most certainly wasn’t included on the trip.

Stayed with Fleetwood. Not really a surprise here either – has no future at Ibrox either and will be a free agent this summer.

A surprise exclusion in a way, we’ve not seen the winger in the camp at all, and while this could be wrong, we believe he’s been left at home to work on a move out, be it loan or permanent. Pity really, we had some hopes for him but clearly his manager doesn’t rate him.

Just got married, and on compassionate leave, but also undergoing interest from MLS. Reported to be staying to fight for his place, and with zero chance of getting one but for the sale of James Tavernier, in truth he’s staying because of the wage, mostly likely. Can’t really say we blame him.

The camp will last this week and we’ll be covering as much as we can.