Home Rangers Does Rangers man have a strong legal case? 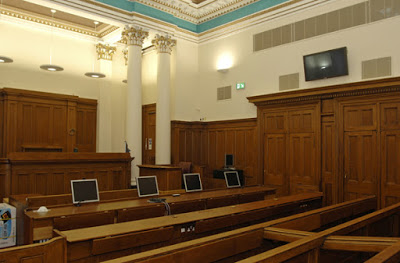 We would never pretend to be lawyers on Ibrox Noise, nor would we contend to hold the moral highground over anyone either, but it seems to us Jamie Murphy, currently out on loan at Burton, has a rather strong legal case against Kilmarnock.

Killie, let’s not forget, irresponsibly left a diabolical artificial pitch laid which threatened the careers of many players, Martyn Waghorn being a near victim as well years ago, and refused to either upgrade it to something ‘acceptable’ or go natural turf.

Cost-saving, all that guff – well it’s cost a player his dream.

We cannot help feeling Murphy has a very strong argument to sue Killie – and perhaps the SPFL while he’s at it.

Remember, this country’s league governing body authorises these appalling surfaces, on top of Killie’s complicit use of them, and we’re the only ‘credible’ top flight league in Europe to allow them.

We’ve campaigned on this site for an end to artificial surfaces for a long long time, and while Killie have now finally upgraded and the new pitch is a bit better, it’s all too late for Murphy who lost more than we can express.

Maybe he really does have a case.