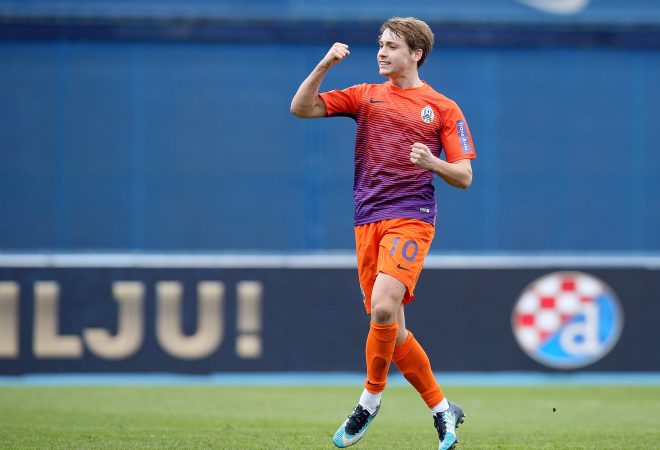 Rangers’ interested in Croats Lovro Majer and Mirko Maric has intensified following claims from a Balkans-based journo that Steven Gerrard is definitely interested in the pair.

The £6M rated forward Maric, capped twice by his country, and £6M attacking mid Majer are said to be interested in a move to Glasgow, not least following the success of countrymen Niko Katic and of course the world class star Borna Barisic, and the journalist thinks that while the deals are possible, it’s not quite there yet.

“The name of Marić was deff on the table during negotiations over Grezda & even though the Croatian club won’t easily give up on him in January, Rangers have a good relationship with Osijek & Mirko’s agency Argentum Sport on which they can count on.. I’m not saying Marić won’t join Rangers in January, but I believe they will have to pay a much higher fee than £3 million…the same applies for Majer who is waiting on DinamoZagreb & Olmo. As of now, nothing is imminent & if Rangers are willing to sign them both it would take around £12 million combined. As I said a year ago, Rangers are extensively scouting throughout Croatia football divisions for potential signings & young prospects. They’ve signed 3 & trialed 1 player from Croatia in the past two years (all of them are clients of the same agency – Argentum Sport). Now, Majer & Marić are their main targets & they’ll continue to search for new additions in Croatia & the Balkans.”

It is unlikely Rangers would sign both now for that value, but both players are in positions Rangers could use greater quality for. It’s hard to say which one is more important, and we’ll bring you more on this story as it unfolds, but there’s no denying Rangers are using the Croatian market well indeed.

Two out of three so far ain’t bad.