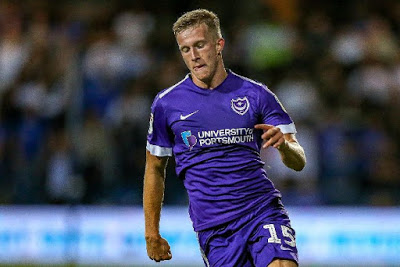 With yesterday’s story that Mikel Arteta’s Arsenal are said to be monitoring Finnish international Glen Kamara, reaction to the news is mixed.

There were, interestingly, three themes of response from supporters:

What struck us was there wasn’t, unlike in the case of Croat Borna Barisic or Colombian Alfredo Morelos, a feeling of indispensability about Kamara, that while he is an invariably valuable member of the squad he’s not irreplaceable, especially not at anything like £15M.

And that’s where Ross McCrorie comes in.

Long-term readers will be well aware we’re big fans of the young Scot, and we were hugely surprised to see him barely play a part in the second half of last season. We were then not surprised, albeit disappointed, to see him farmed out to Portsmouth on loan.

And that’s where the replies of his return came in.

Could McCrorie be a ready-made replacement for the Finn at absolutely no cost?

With 14 appearances this season he’s been fairly well involved at Fratton Park, playing a surreal combination of his more favoured DM slot as well as unexpected RB position.

But there’s no denying the player he is, and how similar he actually is to Kamara.

While there are some notions Kamara is better on the ball, this season that’s been questionable and his concentration and focus has been off-key at times. We’ve lost count of the number of times he’s mislaid his attention and given the ball away, or been caught on it.

And while we admit theoretically the Finn uses the ball better than McCrorie, his consistency in doing so is not as apparent.

McCrorie, on the other hand, is about as intense and focused as they get, and while we’ll rarely see him spreading the ball forward, he is a great workhorse who does the dirty graft without shirking. He is also a unit of a lad, big and strong, and a real handful for opposition midfields to deal with.

We’ve also noticed a huge divide in certain groups over Kamara – the majority of comments we find on our community seem to be modestly positive about him but far from enamoured enough to make him indispensable, while other groups seem to think he’s an amazing player and simply critical.

The truth is probably somewhere in the middle.

However, we wouldn’t be averse to seeing McCrorie given a second bite at the Ibrox cherry, if Kamara was indeed to be sold for a handsome profit.