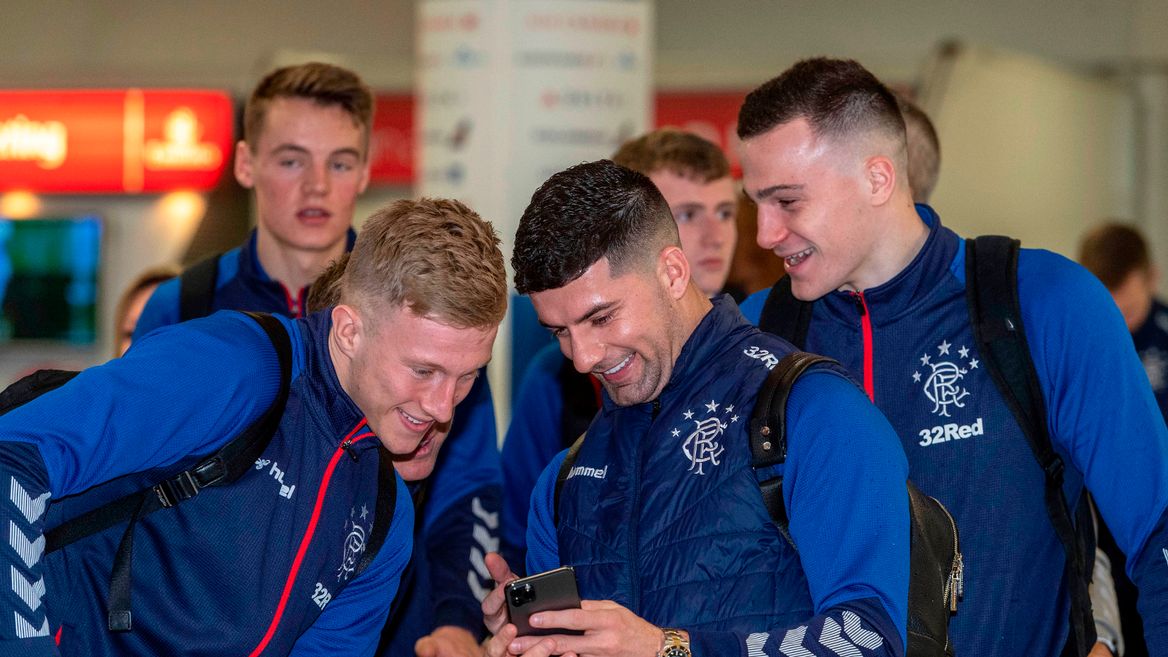 Rangers left for Dubai today with their traditional winter getaway now underway, and one of the most hyped parts of this trip as the squad arrived at Glasgow Airport was the presence of Ross McCrorie.

The fan-favourite midfielder, currently recovering from a hamstring injury, was on the flight for the Middle East, Rangers taking the chance to include him for a full fitness recovery from his injury.

But does this mean more?

Does this give the current Portsmouth man a route back into the first team squad?

Rangers are slightly thin on defensive midfielders, with really only one in the squad in the form of Glen Kamara. Steven Davis is a deep-lying playmaker, and Ryan Jack is much further up the pitch.

A hard-working grafter in the middle could be a fine squad option and possible starter.

McCrorie started a fair few matches under Stevie before losing his place, and his loan out rather than sale indicates Gerrard may not be done with him – and with the stories surrounding Kamara and a possible departure at the right price, the Scotland youth international could well be seen as that ready-made replacement Ibrox Noise hinted at some days ago.

His integration back into the Rangers squad is a welcome sight, and even if it is purely to get fitness back, it’s good to see him with his parent club, where he belongs.

Hopefully it means more though than just getting him healthy again.