Home Rangers As ex-Rangers goes from strength to strength, do we want him back? 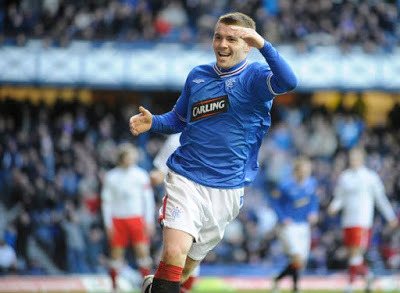 A lot happened in 2012, we know this. A lot of Rangers players did regrettable things and only a select few have our respect for loyalty. Time has moved on though, and a lot of things have healed.

But one player who left and notoriously objected to the whole TUPE fiasco and left without Rangers getting a halfpenny for him was John Fleck.

The-then 21-year old was one of us, and while his performances had been middling, he was suddenly more wanted due to Rangers’ position. Naturally, he left, and the rest became history.

Now at 28 John Fleck is realising his potential for real. A regular now in the English Premier League for Sheffield United, who’re having a storming season incidentally at an incredible 8th in the league having only been promoted last season, Fleck’s rise to prominence might be coming late in his career, but he’s clearly worked hard for it.

An assist king, the former Coventry man’s stats are impressive, with 69 assists in around 400 appearances throughout the divisions of both Scotland and England. And while his numbers aren’t flabbergasting in the PL (one assist four goals in 17 outings) they’re still solid, and he’s certainly a fixture in the Blades’ starting XI this season.

Is he one who got away? Not so much – he just wasn’t that good in his Rangers days, and his strongest stat season was in League One with the Blades. He has got better though, a lot better, and while he probably won’t match Messi any time soon, his position of 69th in the PL statistically still beats the likes of Jorginho, Aubameyang, Zouma and many others. He’s in the top 100 overall of 262 significant players and that matters.

He’s probably one we’ll never see back, but we guess the question is would you want him back?

That’s up to you lot.