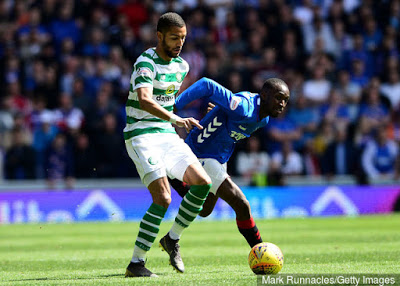 Arsenal have been linked with a January bid for Rangers’ Finnish star Glen Kamara, with reports claiming Gunners’ scouts have watched the midfielder for months.

New Arsenal manager Mikel Arteta, himself a former Rangers player, of course, is tasked with bringing Arsenal back to life following a dismal period under ex-boss Unai Emery, and with Granit Xhaka on the way out, the Gunners are searching for the right man to kick start their midfield.

Kamara, of course, is a former Arsenal youth player who was released by Arsene Wenger 3 years ago, and thrived in the SPL under Neil McCann’s Dundee before getting his big Rangers move – whether he’d want to now return to London under the Spaniard is unknown, but despite his slightly patchy season this campaign, he’s very much viewed as an integral part of Steven Gerrard’s machine and while every player has their price, Rangers would be loathe to sell the 23-year old.

If the Emirates giants want his services, it’s going to cost them big money, especially given his CV and international caps – £15M has been mentioned but this strikes us as considerably below what the market rate for a player of his age and calibre – Rangers could easily command £20M-£25M for a player we don’t need to sell.

In truth, Ibrox Noise as a site aren’t huge admirers of Kamara – we don’t see the player others rave about, and that’s fine – we’re all entitled to our own opinions. But we wouldn’t especially lose the plot at a sale of the lad for a profit in the many many millions.

We’ll see how it runs.