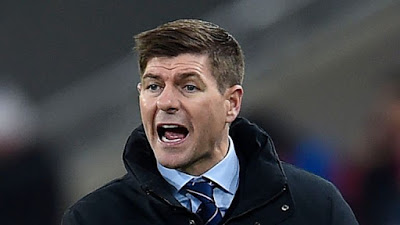 Some weeks ago we did a piece on Jordan Jones.

Regulars will know we’re big fans of this winger, and rate him highly – believing he’s been totally mismanaged and unfairly treated, even since before the moment of madness.

But he was poor v Stranraer and we called that – we also questioned why he’s struggling at Rangers, why the management aren’t interested in him, and we were very intrigued in the response from readers.

And that response? Unequivocal backing, utter support, statements of how great he was and get off his back, with horror and disgust that Stevie ignores him.

In short, a predictable knee-jerk reaction to an individual article and failure to realise it was being made by big fans of the player.

Fast-forward to yesterday – we put out an article in surprise over assistant manager Gary Mac stating he and Barker don’t do enough in training, implying their attitude isn’t good enough and they need to prove themselves.

We were shocked by this, and backed him up, suggesting he deserved a chance:

Cue a tonne of replies smearing the boy stating he’s garbage, and telling us the manager knows better what he’s like than we do.

In short, we’ve never known a more divided time of our support – nothing but arguments and divisions over the club, with a pretty predictable pattern:

One guy/gal says he’s/she’s unhappy with something, and a tsunami of replies comes in and tells him (rarely do they attack females) he’s a disgrace, to get behind the team, trust in Stevie.

Another guy says he’s happy, and trusts Stevie. Cue replies saying it’s all gone to cr*p, players are rotten, and the club is struggling.

Whatever one person says, everyone else en-masse disagrees – as if they WANT to disagree.

Whatever the opinion is, the majority seem to be taking the opposite view. Back Jones? He’s garbage and should be burned alive. Slate him? Support him and get off his back.

Online discussion now seems to be more about disagreeing with one opinion to get approval and support from the opposite side of it.

This is not to say everyone disagrees with everyone – it’s not utterly exclusive.

It’s the ones which disagree, with anything and anyone, which appear to get more support and crucially the glorious cheerleading ‘likes’.

Not that we expect everyone to agree with everyone all the time – but we do get a distinct impression opinions now appear to be more about playing to galleries than actually being honest.

Bit of a shame really – debate has turned into a performance, and not a sincere and genuine exchange of views.