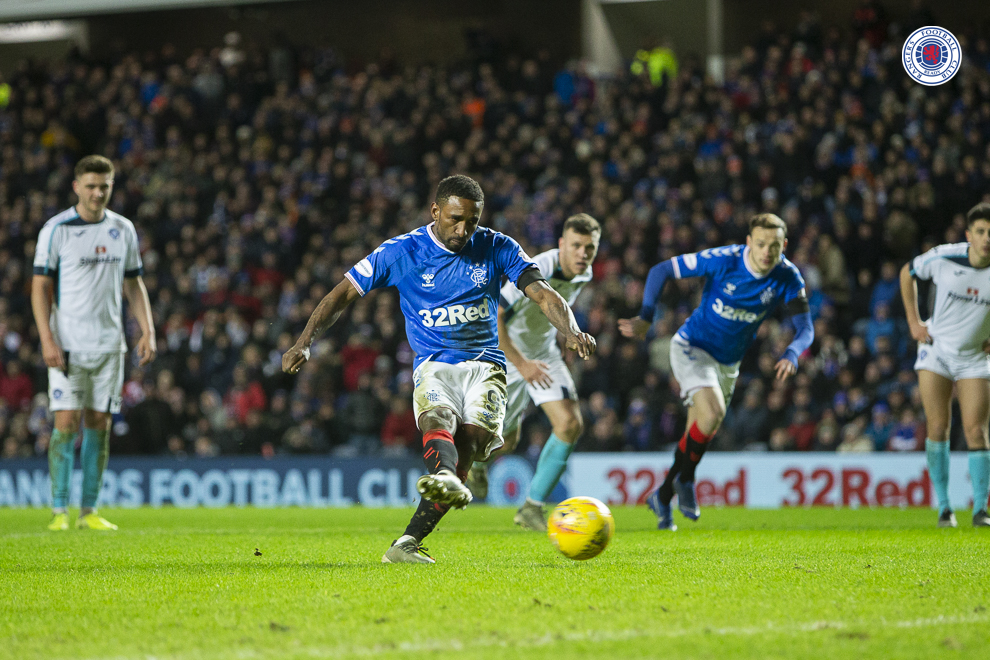 Jermain Defoe’s injury comes at the worst time for Rangers, and we’ll go into its implications later today, but we’d especially like to look at his abysmally brilliant performance last night.

If ever a Rangers player has had a worse, more quiet night than Defoe had v County, we’d love to know about it.

Not in the game, marked out, then off early with an injury.

And yet, this was the best performance he’s yet had as a Rangers player, with a goal and an assist.

He made borderline 3 touches of the ball last night, and his complete lack of involvement then ‘wham bam thank you ma’am’ summed up his quality, his professionalism, and his sheer class.

41 minutes, and has barely touched the ball.

Barisic’s ball is miscontrolled by Scott Arfield, who lets it slip to Defoe, who touches once to bring it under control, and twice to put it away without even looking, having taken out the entire defence in doing so.

And that was it.

Otherwise in this match, Jermain Defoe was invisible, uninvolved and didn’t make any effectual runs.

But those two moments of absolute world class showed just why Rangers are going to desperately miss him for the next few weeks.