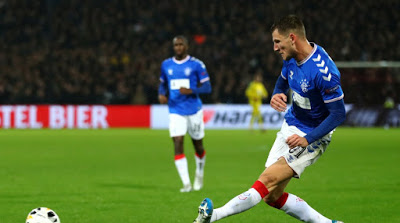 Unfortunately, the inevitable has happened and Roma are reported as being ready to bid serious money to land Borna Barisic.

We said after the Old Firm the Croat was now our best player, and probably the best in the league, period, and now this world class left back is reportedly going to see a major attempt by the Giallorossi to usurp Steven Gerrard of his star player, whose stock has risen to global levels.

Being 100% deadly serious this is a player Rangers cannot let go, but if a bid of £50M arrives, we’d accept the club considering it.

We’re not going to waste our time justifying our reasons for that number, the transfer market says it all.

But we’d infinitely rather they walk away and leave Barisic to help us to 55.

We don’t have much more to say.