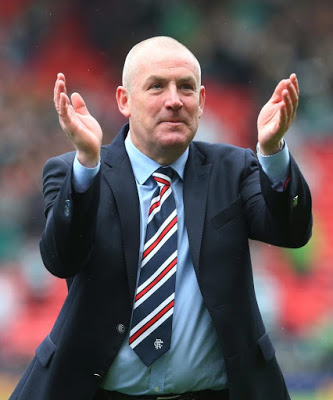 So it’s a couple of hours since the pain of yet another bad Old Firm defeat kicked in, and it’s yet another post-mortem to be carried out.

There’s no denying for all the good that Steven Gerrard has done for Rangers since arriving, just like all his predecessors, he’s ultimately come up short against Celtic.

Nothing summed up more the psychological block Rangers (and Alfredo) have to Celtic than the absurd Warburton-like huffing and puffing stats, but which, as usual, couldn’t blow the house down.

And the curious thing is we’re not even going to say we met an inspired Fraser Forster, because guess what, other than the stunning full-body save to deny Ryan Jack, NONE of his saves were particularly great.

It was a reflection of how blunt and insipid Rangers’ finishing was, how lacking in guile and quality the shots actually were, and for all the superior stats Rangers had, Celtic deserved the win.

Sure, they weren’t great, and even their goal was offside, but this Rangers could have played for years and not scored.

It just wasn’t good enough, and it’s evidently a mental blockade between our club and Celtic which obstructs us as much as anything.

The discipline went, the focus went, and over the piece, all the excellent attributes to have helped define an excellent season (Morelos’ finishing, Barisic’s crossing, Kent’s wingplay) were all weak and helpless.

Kent was completely done by Frimpong – the latter had the better of our most expensive signing. And while Barisic certainly got the better of Forrest overall, his crossing was some of the worst we’ve seen from him this season.

And don’t get us started on Morelos.

There’s just something about this fixture Rangers can’t seem to rise for – we might be the better team, we might have BEEN the better team, but how long are we going to keep use that as an excuse for losses or draws?

We’re on the right path overall, certainly – there’s much more to be hopeful for.

But this performance was far too Warburton-esque and has to count as yet another missed opportunity in the Journey.

There remains much work to do, unfortunately.