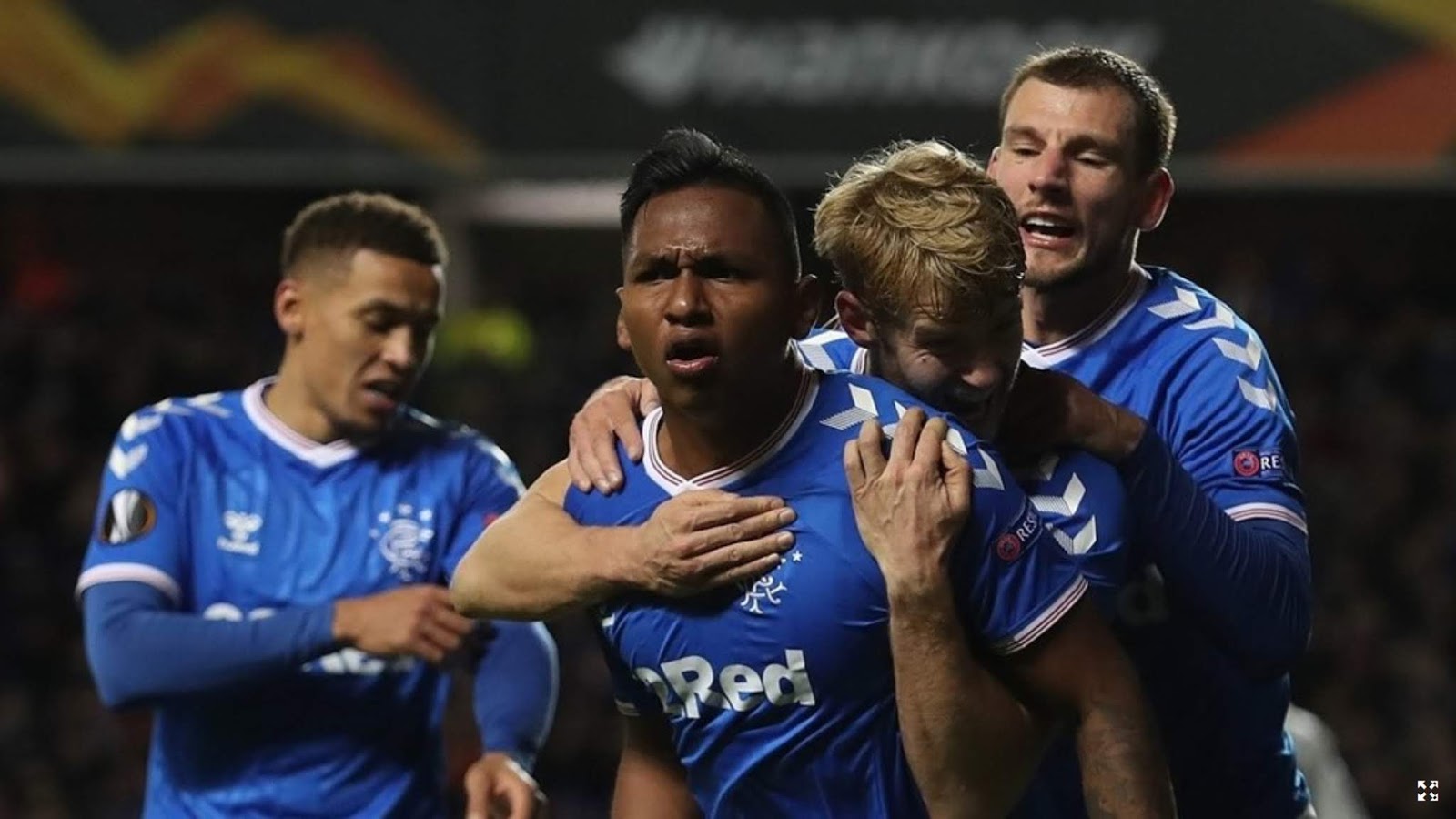 Yesterday’s announcement by UEFA that Alfredo Morelos has broken an all-time record by scoring 14 continental goals before Christmas is the second time in a week that Europe’s governing body has paid homage to Rangers’ star man, but more pointedly it’s a genuinely surprising admission from Aleksander Čeferin’s organisation which may have changed the rules to accommodate the 23-year old.

As regulars will know, Uefa first acknowledged Morelos on Monday by announcing him as the tournament’s leading scorer with 6 during the last 32 draw in Neon, which in itself saw them reveal this stunning fact to a global audience, but as we covered at the time, it was only recording group stage goals.

Like everyone else, we believed the qualifying round goals had not counted in the same way.

Uefa didn’t agree, and surprised us all by confirming Morelos’ staggering goal scoring achievements extended beyond the group stage and the governing body included all 8 qualifying round goals.

For the leading authority of football in Europe to announce the Colombian as all-time leading European scorer before Christmas for any of their tournaments, and include the qualifying goals as part of his resume is genuinely extraordinary, and the first time in a long time we feel any organisation of this magnitude has actually bent over backwards to praise or accommodate anything Rangers.

Whether you agree with Uefa or not that qualifying goals carry similar weight to group goals doesn’t matter – after the governing body appeared to whitewash Rangers by excluding them from the group draw opening montage of teams from last year’s tournament, this about turn to not only mention but outright praise Rangers and Morelos and his historic season is pretty astonishing and thoroughly unexpected.

No wonder we value this boy so highly.