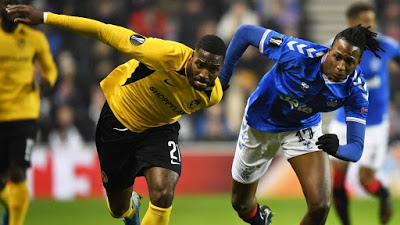 You know, for a bunch of football ‘rejects’, which all of the big teams wanted, they had a lot to prove… and they did it.

They were running on empty at the end of the match.

God they were exhausted, but they did it, they held on.

Rangers back in the last 32 in the only genuinely competitive tournament in Europe. It’s amazing.

It may actually be that the Gers going the hard way might actually work out better.

The top teams in the Europa League will think they will walk it, and if you don’t try 100%, it can come back and bite you where it really hurts.

Rangers have a low co-efficent 5.25 ranking or something stupid like that. All this means is everyone underestimates us.

Everyone will want to face Rangers and that suits us just fine.

They are going to look down on us. We’re sure of it.

Bring them all on…