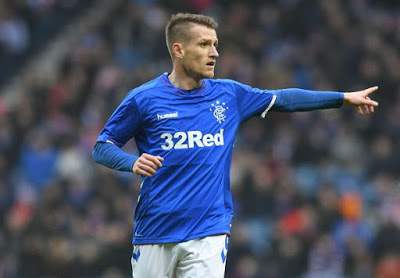 There are three men more important than any other in the Rangers team, even if it will take all XI to come out with the win.

It is a team game, yes, but three individuals stand head and shoulders above the rest in terms of their contribution and critical input to the team:

Now, you may be wondering why those three.

The first two are obvious – they are the only two Rangers players to have won silverware with this club before. They know what it takes, they know what the demands of winning a trophy as a Rangers player are, and they are more than capable of delivering.

Their importance, assuming Davis makes it, is beyond vital.

Ryan Jack is more interesting, in a way. Jack is the only player in Scotland, who isn’t a Celtic player, who has actually won a trophy recently, and who is still technically in a side capable of winning one. He of course was part of the Aberdeen XI who lifted the League Cup in 2014, so he knows what it feels like to win this title. Even if he wasn’t a Rangers player at the time. But he can apply that experience to today.

Winning the cup isn’t going to be easy, we all know that – but having three guys in here with a mix of this kind of experience and knowledge gives Rangers more of an advantage than pretty much any other side in the SPL. Other, of course, than that Aberdeen side itself.