Home Rangers The signings Steven Gerrard did not want 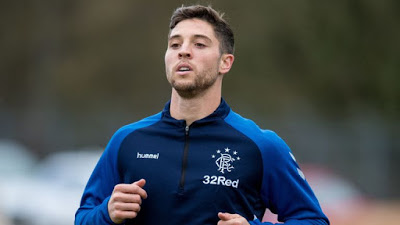 An interesting comment reached us today on the site, and we have to admit the thought had occurred to us too.

As regulars will know, recently we discussed the notion of certain players not being Steven Gerrard’s own recruits, with our positing that Andy King just wasn’t wanted or needed and we have no idea why the Leicester man was brought in.

Another one we’d wondered about and now only wonder more is Jordan Jones – a pre-contract, the Killie winger wasn’t exactly the most heralded signing of the summer, and while much of his play was promising earlier this season, it was evident he just wasn’t a favoured Gerrard pick.

Now linked with a move out, be it loan or permanent, it’s clear to see players fall under three categories at Ibrox;

Stevie signings almost entirely play, it’s that simple – he uses his personally-favoured acquisitions a tonne, and rotates pretty much among them. It seems to us that his preferred signings are:

These guys are the critical core of his signings who pretty much exclusively form the XI.

Tavernier, Jack, Morelos. Only those three of the pre-Gerrard group of players are regulars among the XI.

These guys basically (now) don’t get (much of) a sniff at the first team.

The only two exceptions to all of this are Jon Flanagan and Andy Halliday, neither of whom play much but who are both wanted by the manager.

And Jones is clearly not one the manager particularly likes or wants to use – suggesting strongly he’s not a recruit Stevie made.

And that’s ok – as we’ve discussed, signed players are not always at the remit of the manager – agents, board members and even sponsors can have an influence on who comes to Ibrox – just like at any team, and the boss must just smile politely.

As long as Rangers continue to be the success they currently are, no one can really moan about the decisions Stevie makes.