Home Rangers The face of hate in Scottish football – exposed 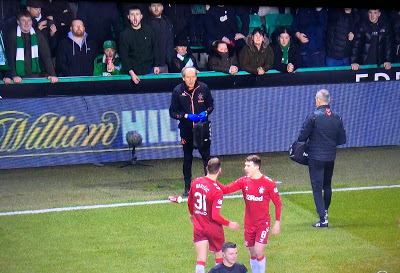 As the fallout from last night’s comfortable yet disgraceful win at Hibs continues, Ibrox Noise’s Derek rightly points out the absolute atrocity of thug Ryan Porteous’ vile assault on Borna Barisic, and credits referee Nick Walsh correctly with protecting our players as much as he could.

There was something else though, something beyond the bottle throwing and the missiles at Barisic which highlighted the mental illness which pervades Scottish society these days.

Do you recall the piece we did some months ago on the incident at St Mirren Park when home ‘fans’ hurled coins on and spat at a Utd fan who was lying on the floor unconscious?

Last night, as Barisic lay slain by the repugnant attack, Hibs fans really outdid their disgraceful behaviour of the infamous Tavernier attack – not only did they try to maim Barisic further with aforementioned bottles and general missiles, just like those scum at St Mirren, but they compounded it yet further.

Once Barisic was finally up and able to carry on, they confronted him – one particularly notable chap, seen below with a nice gesture aimed at the Croat, especially appeared deeply offended by Barisic being attacked and made sure to signal his displeasure at the left back. Quite a few times in fact. 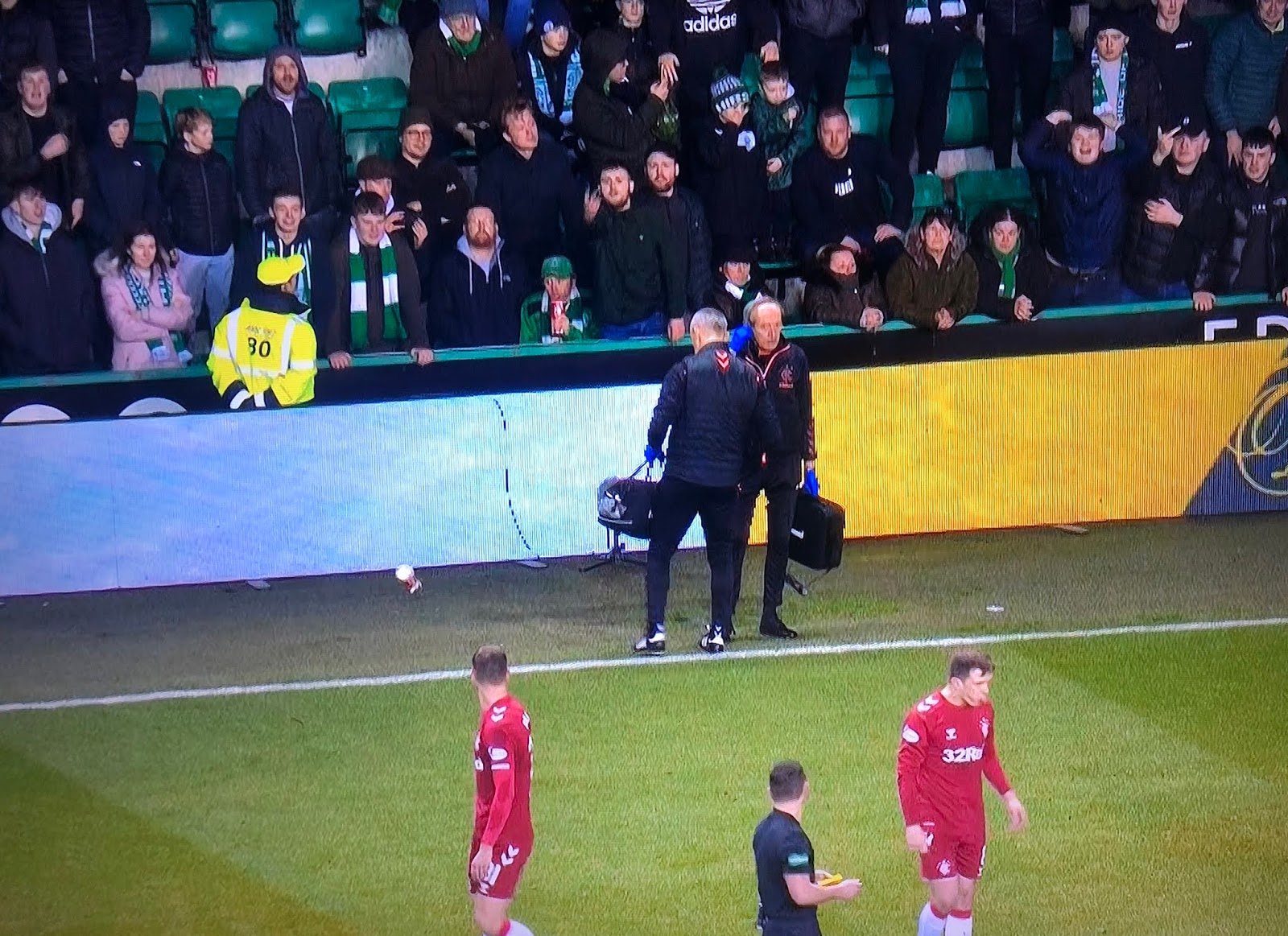 Barisic, calmly, did little but look back at the gentleman in question, without responding, retaining his dignity.

It only got worse – Barisic, the victim of an assault, was now being booed for having had the audacity to be hurt.

Yes, how dare the man lie on the floor in agony and then get up gingerly. Thereafter, Barisic became public enemy number one for simply being mauled.

We used to think Celtic and Aberdeen fans were the worst, but it is evident from two recent trips to Easter Road that the home fans there are not right. Just not right.

And Celtic, Aberdeen and Hibs are now all literally the same level of poisonous vermin who would sooner see a Rangers player killed than anything else.