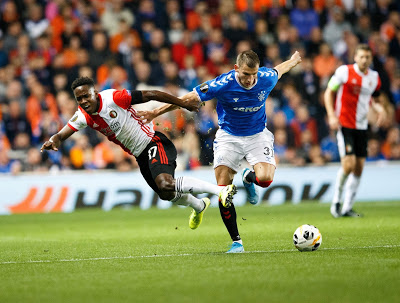 Steven Gerrard has tonight claimed the rumours about Borna Barisic were in fact true, and the Croat did indeed have settling in and culture issues, not to mention dressing room ones, when he first joined Rangers, following the player’s confirmation his lack of pre-season affected him badly.

Speaking prior to the Old Firm showdown, Barisic had previously stated the lack of pre-season and the injuries ruined his first season, but his manager has now gone further and admitted it was more personal:

“I think he had settling-in issues and it took him time to win the dressing room and the supporters over, but at the moment he’s in a fantastic place.”

There were rumours about this, about language and integration problems, and now the manager has strongly implied they were true – it had been claimed he’d struggled to ingratiate himself to the dressing room, struggled with the language and climate, and it seems there’s more truth to that than it seems.

But now he’s fully settled, happy, his team mates love him and the supporters even more so – and that is seen in the world class LB Rangers now boast in our side.

Good to see a happy ending.