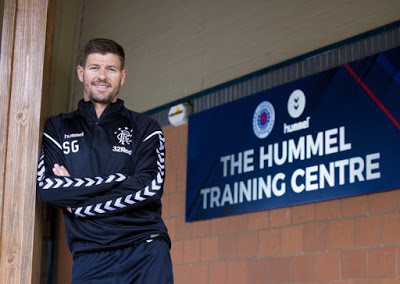 Rangers and Steven Gerrard have confirmed today what we brought you yesterday, that there will be a mega-four way blitz of deals imminent at Ibrox.

Gerrard has confirmed he will be signing a further two years as soon as the paperwork is ready, while revealing Allan McGregor and Steven Davis have both signed a further year with Jermain Defoe ready to seal a permanent contract as well – being a loan player the details are slightly different, so nothing can be done until January. But it’s imminent.

“The club approached me probably a week, 10 days ago about a new deal and it’s a pretty simple decision as far as I’m concerned. I’m happy here and I’m as hungry and determined to get the good days back here as I ever was so talks have been pretty straightforward and positive. When it’s signed and announced you’ll have to wait and see. Allan McGregor and Steven Davis’s [new contracts] are imminent. That’ll be very close and will probably be announced after tomorrow’s game. But that’s all agreed. They’re two players I want around for a year’s extension on top of this year. Jermain’s is a bit different because he’s a Bournemouth player until the end of the season but it’s a similar situation in the fact that we want him to stay around. We’ll obviously deal with that as and when we need to.”

So straight from the horse’s mouth.

It means a lot to have four of Rangers’ main leaders and fulcrums committed for longer, and only bodes well for the medium term.