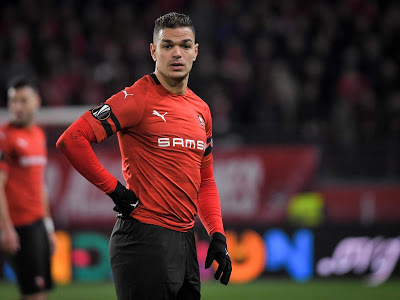 We’ve been flirting about with the attacking midfield position for some considerable time here at Ibrox Noise.

Steven Gerrard, and indeed his predecessors have been completely unable to find a convincing 10 to make that slot their own, a creative attacking playmaker behind the strikers and ahead of the midfield that could put their foot down, dictate the play and see the runs.

We have plenty of individual players throughout the team who are capable of these moments, but no one single one who does it all.

We’ve tried Graham Dorrans, Carlos Pena, Scott Arfield, Eros Grezda and back in the day even gave Niko Kranjcar a blast there.

We’ve also had a few suggestions of our own, and another free agent who could well be an excellent addition to the squad, if we can get his discipline and attitude under control, is France’s Hatem Ben Arfa.

Another one we’ve actually mentioned before, Ben Arfa is a genuinely world-class talent rated, even at 32 years old, in the £5M+ region.

But he’s one who lost his way in football and has been out of the sport since Rennes let him go earlier this year.

For what it’s worth he’s very much a visionary kind of player. To quote this scouting report:

“As a cultured attacking midfielder, Ben Arfa is renowned primarily for his dynamism and ability with the ball; often operating on the flanks for Pardew’s Newcastle, Ben Arfa is tasked with running at full-backs, creating space and forcing errors.”

In other words, using his pace and vision to use the turf to his own advantage and open plays up for his team mates.

Certainly the kind of busy, bustling and dynamic player Rangers could do worse than. And have.

But the question is would Steven Gerrard be interested in taking a risk on this-once £13M player?

We know his attitude and discipline issues of the past, they’re well documented, especially that legendarily poor work rate, but Rangers could use some quality squad depth and crucially a genuinely reliable AM.

Whether that’s Ben Arfa we don’t quite know.