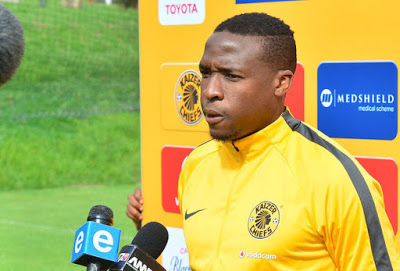 We must admit we’re more than puzzled at the story linking Rangers with a move for Kaizer Chiefs’ George Maluleka.

Almost as surprised as we were with the story linking us with a move for Leicester’s Andy King.

Maluleka, 30, has about as non-descript a career as there is, having plied his trade in Africa’s low-quality leagues his entire playing term and we can only imagine his agent is trying to get his name out there for a big pay day.

This ‘world class’ talent managed 6 caps for South Africa, all won in an 12-month spell over 7 years ago, and we can’t really see this being anything other than agent talk.

After all, his agent, Sean Roberts, said this:

Otherwise known as creating interest in his client.

Steven Gerrard knows a midfielder when he sees one (which admittedly doesn’t explain Andy King) and we can’t imagine him having an ounce of interest in a player with as banal a CV as Maluleka’s.

This doesn’t appear a player who will add anything to Rangers that we don’t already have.