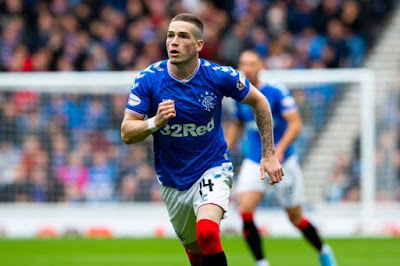 We pre-empt this article by confirming we’re big fans of Ryan Kent.

His YPOTY award was well-merited and his ability certainly justified the £7.5M outlay on securing his talents.

So, anything critical we say here we do so with a heavy heart, but we say this to you now Ryan:

While the young winger has had plenty of bright moments since his return, he has failed to put together more than a single good performance in a row, lacking consistency and increasingly struggling with a clumsy touch.

His opening touch against Aberdeen was a dim-witted backheel to no one which gave the ball away, and he might have been bright in patches v Celtic but didn’t have the impact he clearly wanted. Meanwhile against YB he gave the ball away a few times and even had a heavy touch more than once.

Ryan, you have the ability, and you don’t need to prove it all over again.

We paid £7.5M for you because we know how good you are, you don’t need to prove that to us.

Stop trying to impress everyone and trying to show that you’re worth the big fee – it is evident that you’re trying a bit too hard and that just won’t work.

We know how talented and quick Kent is – when he’s on his game he’s completely unplayable and he ghosts past almost anyone.

But we haven’t consistently seen that since he came back because he seems so keen to justify the price on his head.

We can’t wait till he gets completely up and running again, and playing the game the way he likes.

He will be unstoppable when he does.