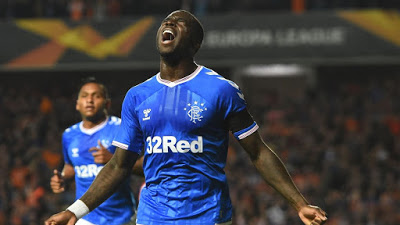 There’s been a very subtle change the past month, and we’re sure it’s slipped by a number of fans.

Sheyi Ojo, after consistently indifferent form, has finally been dumped and is no longer part of Steven Gerrard’s starting XI.

The Liverpool winger has been a divisive player since he arrived, but statistical analysis of his performances has shown he receives the ball the least, passes it the least, and is the least effective player in the squad.

And this was apparent inside the first month of his arrival, but just like many young loans, Gerrard was bound to loan clauses and the flanker was obliged to play – we couldn’t guess the number but we believe the threshold has been reached, and Ojo has now been consigned to the bench.

November 28th was his last start which is well over 3 weeks ago, and while he’s had a number of sub appearances since then, his place has firmly been on the sidelines.

Whether it is indeed loan clauses or just that Stevie has finally given up on him, Ojo was never a popular player – we’re sure he’s a lovely guy, but his performances just haven’t been up to it.

We admit the lad may be suffering some off-field nonsense, stuff which he has been dragged into by the press unnecessarily and we won’t make it worse by going into it, but even before that, his form struck us as very Ojaria-like – the kind of ‘just not good enough but keeps playing’ frustration that annoys fans and seems to be benefit every young loan.

But either way, Joe Aribo is making that ‘wing’ slot his own these days and Ojo only makes fleeting appearances.

We must say Rangers are a great deal stronger for it.