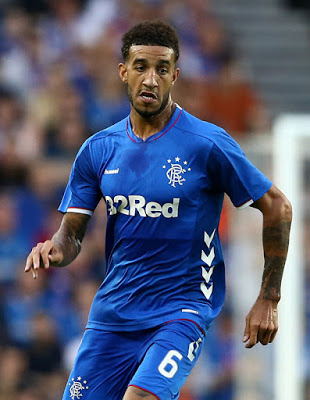 Under-fire Rangers defender Connor Goldson has given an impassioned defence of his performances and his errors, but has tellingly admitted he knows he makes mistakes and he is certainly not the best central defender in the world.

The stopper, who had a pretty poor match v Aberdeen and a slightly better one, goal aside, v Celtic, is under pressure more for the fact he always plays with impunity rather than because he is indeed human and makes errors, and his admission he’s an honest player who gives his all but knows he’s hardly Paolo Maldini is more than a touch candid.

“If I have a bad game, if I make mistakes, it’s due to me being a human being and not being the best central defender in the world, which I know I’m obviously not. But, over the course of a season, I try to limit them as much as I can and stay as professional as I can. As long as I can go back after every game and look at myself in the mirror then I’ll try not to listen to anything that comes from the other side.”

So, as long as his own conscience is clear, he doesn’t mind that he’s not actually good enough to play for Rangers!

Ultimately, why would he mind. He’s playing for one of the biggest clubs in the world on a very decent wage, and while he gets criticism, he’s happy as long as he feels he gave everything he could.

In a way it’s admirable, that he doesn’t delude himself into believing he’s the ghost of Baresi, but equally it’s a little depressing that this ‘second best’ attitude and ‘as long as I did as much as I could’ notion is embalmed in our vice captain.

We really should aspire for more than that – to not be content with giving it all – not if it’s not enough.

And if our all isn’t good enough, we should be replaced by someone whose is.

Not the best central defender in the world? Not even the best at Rangers, in truth.