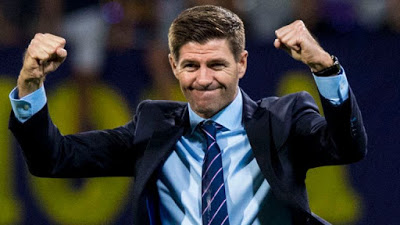 We’d like to take this opportunity to pat ourselves on the back a little. Not just ourselves as Bears, for a wonderful afternoon and result at Parkhead, but as a site – we made a big call yesterday and it turned out to be true.

We pointed out that no one in the history of the SPL (1998) had ever scored 2 goals in a winning match in a row more than 11 times. We did misphrase it slightly by saying it was winning by two goals which was a booboo on our part, but we meant scored.

And it came to pass today as that record stood – and Celtic couldn’t score more than one goal. And that we’d said the key to getting a big result was keeping their goals below two. And that’s a major clue as to how Rangers secured this win.

Scoring the goals ourselves was only part of the picture, we had to stop them getting more than one – and our magnificent defence, which was absolutely flawless, did exactly that.

Of course, one smart alek, who was admittedly correct, said the key to beating them was scoring more goals than them, but it goes and went deeper.

No side has ever won 12 matches in a row scoring 2 goals or more in the process. Celtic got 11.

Rangers just had to stop number 12. They did.

And it was worth its weight in gold.