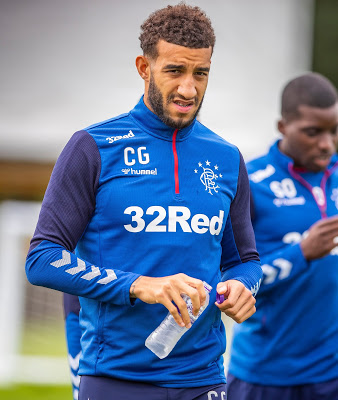 One topic to rise again and again in our comments areas both on site and our social media channels is the increasing unpopularity of Connor Goldson.

It’s safe to say any goodwill the lanky stopper ever had through uncertainty on fans’ parts is definitely a thing of the past, and we see more and more resentment over him and his guaranteed starting place.

“Do not agree with the comments about Helander Goldson is the weak link his defending is average and his passing is abysmal.Lacks aggression and authority and his heading at set pieces is shocking think he shuts his eyes and hopes for the best.It’s time that Edmundson got his chance but the boss clearly has favourites and will cost him like yesterday.”

The gentleman in question didn’t quite grasp that our criticism of Helander was because we know criticising Goldson is pointless – he’s immune to dropping and that has become the major axe to grind.

Never once has Connor Goldson been made accountable for his failings – he may well be a very decent fellow, we don’t know him personally, and in fairness he’s always come across decently in media work, but a convincing Rangers-level stopper he has never been.

Yes, we were fooled in the early few months with his languid Carlos Cuellar-esque style of composed ball work and neat passing, but once that set-piece of Motherwell and Killie exposed him as the rather average defender he evidently is, we stopped bigging him up.

It took some time, but fans at large seem to agree now, and for that matter few are big on his partner Helander either.

But Goldson is completely untouchable, just like James Tavernier (another one we’ve given up on commenting on).

These players have no one to answer to, no boss to please – they play by default and it’s not a stretch to suggest our manager doesn’t go as hard on them as others. Because he’s made his choice – Goldson (and Tavernier) are immune and will always start come hell or high water.

And that’s a major reason Rangers fans for a massive part of them have given up on them, particularly Goldson.

We’re sure we’ll still get the hardcore replies telling us we’re just Celtic fans and Tav and Goldie are the greatest thing ever – guys who put cult adoration of average players above support of their team.

But in the real world we call players for what they are. And Goldson especially is not fit for the Rangers shirt.