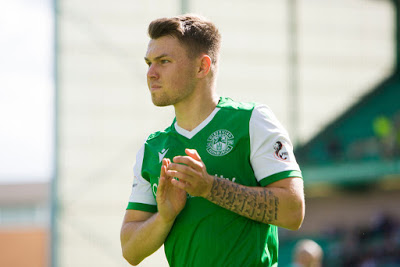 Steven Gerrard has admitted the future of Glenn Middleton is out of his and Rangers hands, in a surprising admission which suggests the youngster’s ownership and agency is a more complicated issue than normal.

Talking about the youngster’s reported loan recall, Gerrard surprisingly suggested it’s not in his hands, as he revealed:

“We might not have that choice [to recall him from his loan]. No [he might not be at Hibs for the season], someone else may have that decision.”

It was a very strange quote from Stevie, to suggest the Rangers kid’s future, or immediate future, is not necessarily in Rangers’ own hands – it had been reported Middleton will return to Auchenhowie for January, having been recalled from a strange and relatively unsuccessful loan at Easter Road, but Gerrard has now implied it’s not a call Rangers may be able to make.

We’ll see what happens, but as we reported in a previous entry, it doesn’t seem like Middleton is one that has much of a Rangers future.