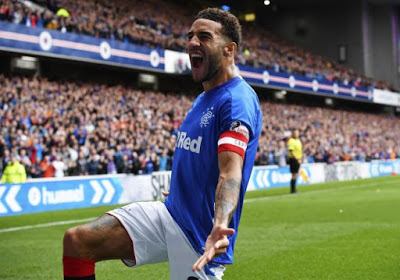 A whole host of conclusions came out from today’s Old Firm triumph, the biggest and most important Rangers win for the best part of a decade, but one surprise really did take us aback here on Ibrox Noise and even our most ardent critics gave credit for it:

The magnificent performance of Connor Goldson.

No one has come under more scrutiny than the English CB, and aside perhaps James Tavernier, few have taken the criticism on Ibrox Noise more than the ex-Brighton man.

We never pulled a punch with this guy, criticising not his ability, but his immunity – that his complacency was caused by being unaccountable to his starting position and never paying for his errors.

And today, that rare outstanding Goldson made an appearance, and showed just how good he is when fully motivated, fully concentrated and showing his full range of quality at its finest.

Put simply nothing got past him – he bailed out various team mates more than once, his positional sense was impeccable and he produced easily his best performance in the shirt. His clearances too were through the roof and his head found itself slamming out what felt like dozens of aerial threats.

On that form, on that level of quality, Goldson would be untouchable for the right reasons, the reasons of being undroppable.

Sadly, however, far too often his displays are below par, and clearly don’t do him justice, but his manager evidently sees in training the player who commanded his box today like a goliath, and that man made such a difference.

Rangers truly had a proper defence – not just statistically (hard to argue with the goals conceded column, in truth), but visually – Katic crashing through everyone and stopping everything, while Goldson led, read, and controlled the box commensurately.

It was the visual look of the defence the numbers suggest, actually looking like those numbers.

Even the goal conceded was no goal, just a bizarre deflected OG which should not have stood.

And that’s no one’s fault (other perhaps than Ryan Jack for his absurd attempt at a tackle) but the ref’s for missing it.

Either way, Connor, if you can produce this more often than not, then fans will back you 100% as our first CB by right, and not by default.

It’s up to you, but we know you have it in you.