Home Rangers Have Stevie G and Tav just given a worrying Rangers insight? 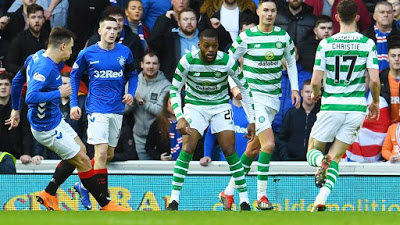 Recently we got some (understandable) criticism when we were just incessantly negative about Steven Gerrard following the Aberdeen match.

Opponents just wanted the negativity to cease and us to move on to the Battle Fever of Sunday.

Which we were glad to, and got on with it, only to then see James Tavernier and Steven Gerrard’s pre-Betfred pressers.

And we must say we’ve rarely seen more timid and un-battle-fevery pressers before a match this big before.

A cup final, two days before, and the manager and captain this submissive and downbeat?

As one of our regulars put it:

“Just watched the press interviews with Gerrard and Tav – these were the most downbeat i’ve ever seen them give prior to a big match. No excitement, self-belief or optimism from the Captain, only, well, y’know, it’s just about who turns up. I just hope this is the aftermath of SG delivering the mother of all rollickings after Wednesday night and trying to get a siege mentality into the players. Katic has to play – and Borna, even if he’s a risk.”

Guys, this is a cup final against Celtic, which has so so much riding on it, and the best you can do is passive stoic comments without any apparent gumption or conviction?

How are we the fans supposed to be up for the match when the manager and players don’t seem to be?