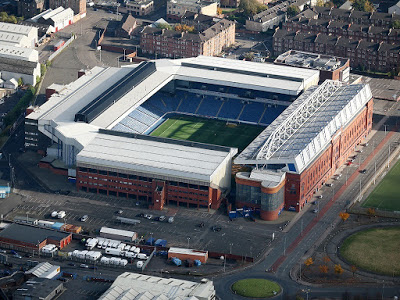 The Scottish co-efficient has been a topic of complication for some considerable time – figuring out the numbers, the breakdown, what who needs and how.

However, at a basic level, Scotland need to be in the top 15 to get a second Champions League qualifying slot.

That breaks it down to simplicity.

Cyprus presently occupy 15th slot, but had dipped down to 16 while Scotland were in that 15th – and that had us securing two UCL slots.

Unfortunately, with neither Old Firm side winning last night, Scotland dip back to 16, and only one slot.

Now, Rangers went all out for the win – full strength team, knowing only a draw was needed, yet Steven Gerrard went all out to win.

But then we look at Celtic – sure, they’d already qualified, as group winners, but isn’t it very strange they pick a skeleton side knowing a second UCL slot is at stake and anything other than a win puts it at risk, knowing then that it increases the chances that only the Scottish champions will get that UCL place?

We can’t help wondering if this was the real reason Celtic put out such a poor team and didn’t try half as hard last night.

Their manager purely says it was for resting key players, but we do suspect it was as much for selfish and petty reasons as much as anything.

Of course, it could backfire – if Rangers do stop 9IAR and win the league, it is us who secure that UCL slot and confine Celtic to the UEL.

And that would give us immense satisfaction indeed.

But would it really be out of character for Sporting Integrity FC to prioritise potentially hurting Rangers over Scotland’s European progress?

We don’t think so…