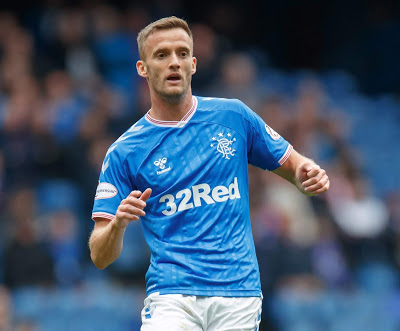 So with the news over the past 24 hours that Andy King’s farcical loan from Leicester is set to be cut short, as we said only a few weeks ago, we really do have to wonder what on EARTH that was all about.

There was nothing in this signing on any level which suggested this was a player Rangers needed, and to bring in a 31-year old on loan really beggars logic.

Sure, his CV said he’d won the league in England, but the reality is those days were long ago, and his recent record was horrible.

So what on earth possessed this loan?

Now, we must remember – we’re not blaming Steven Gerrard for this one. Many fans don’t realise this, but a lot of players get signed beyond the requests of the manager – factors come into play such as agents, favours, board members, you name it – and sometimes the manager has to play along with the occasional recruit they don’t actually want.

We are certain Andy King was not wanted by Steven Gerrard. He wasn’t wanted nor was he needed – he was a wage we sure didn’t need on the payroll and he had nothing to offer us we didn’t already have.

Thankfully, it’s to be terminated next month, a true joke signing and close to this season’s Umar Sadiq.

We don’t have any axe to grind with the player himself, he just wants to play football like any other professional, and he hoped Rangers was the place he’d do it.

But sadly for him, and for Rangers, this was a signing we just didn’t require, need, want or have any investment in, and he can now pursue a career elsewhere at a club that actually wants his services.