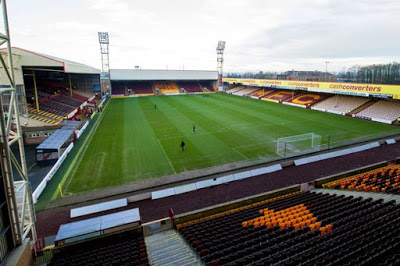 Rangers delivered a professional performance today at Motherwell to get the job done against eleven hatchet men playing rugby. Ibrox Noise brings you our ratings for a typically hard task at Fir Park.

One outstanding save to keep it at 1-0, another lesser one a moment later to sustain it, McGregor found himself involved to a modest degree, but most of it was isolated to the usual pass backs. Small injury scare near the end. 7

A definite improvement in the past couple of matches where Tavernier’s crossing is concerned, but we have to say he didn’t get as much of the ball up high where he normally would. Perhaps he’s being reeled in a little and not bombing forward quite with such abandon. Defensively seemed fine. 7

The now obligatory clearances aplenty, Goldson didn’t struggle like he did last season for this fixture, and while hardly shining seemed a little more assured. 7

Colossal display from Scotland’s best defender, we just can’t understand why Katic has been having to settle for the bench in recent months. Actually we can, but we’ll save that for another time. Massive goal using unreal strength, lots of hard but fair tackling and we basically can’t fault the Croat. 8

A decent shift from Barisic, his free kick was magnificent and the save managed to match it – not a lot of Motherwell threat down his side in truth and still got in a decent plunder of crosses. 7

Guilty of giving the ball away countless times, concentration from the Finn looks like an all-time low and while he had a couple of nifty touches, his overall performance appeared rather poor. He needs a spell on the sidelines. 6

His usual industrious self, hard-working and running all over – not as conspicuous as he sometimes is but the work ethic is obvious. 7

A good graft from Arfield who, like Jack, wasn’t massively obvious but held the balance between midfield and attack and had plenty of the ball. 7

While he’s not exactly ‘thriving’ in his new position, it’s getting more out of him than we saw in midfield. Still seems a little slow to do things, not helped by his huge frame, but mostly a great team player and helped his team mates out a lot. 7

Started brightly but the more the match went on the harder he tried to impress and little came off. He still works hard, and keeps on running, but he doesn’t look particularly happy right now. His unenthusiastic response to Morelos’ goal summed his day up but still did act the bigger man to acknowledge the fans’ response to his substitution. 6

A total menace, and gave as good as he got to both opponents and home fans, and the second yellow was just absurd. A little fortune with the deflected goal but he’s just keeping on doing it. 8

Stevie will be happy to get the three points, and his team worked hard for him. Some overindulgent play as usual, and the-now traditional profligacy in front of goal, but he’ll be happy with the two goals, a clean sheet, and a win at a really tough venue. 8