Home Rangers Could Rangers have a second GIRUY on Sunday? 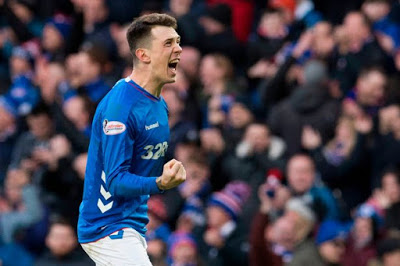 The final result on Wednesday wasn’t what we’d hoped for but on 30 minutes one of the moments of the season transpired as Ryan Jack scored against Aberdeen at Pittodrie in an exquisite piece of revenge and ‘home crowd silencing’.

The most hated player in Scottish football by an opposing team, despite all that he gave to Aberdeen, the city, the club, and his entire youth, his move to Ibrox made him the most despised ex-player the Dons have, and the hatred got to epidemic levels. No one will forget that vile banner they produced, and while we know the Pittodrie lot are an especially angry group of fans, this really was a new spire of rage they hit.

So for the boo boys to be shut up on 30 minutes as Jack slotted away an easy tap in really was a satisfying moment to say the least, even if events after it didn’t quite live up to the same joy.

As such, could Alfredo Morelos emulate that tomorrow?

Morelos is under ridiculous pressure to score against Celtic. Sure, he’s done it against Porto and Feyenoord, he’s basically top striker in the Europa League and he’s scoring for fun, but if he hasn’t scored v Neil Lennon’s men he’s worthless and isn’t good enough!

But being serious, nothing would give us more pleasure than Morelos banging one or two away tomorrow and silencing the one thing his green and white detractors use against him all the time.

Sure, they’ll just find something else, but at least that one will be put to rest.

In truth, it’s been nothing more than a psychological block – never more evidenced than missing pretty much on the goal line at Ibrox.

It is a cauldron that has few peers – and the pressure is intense to a level those outside simply can’t ever understand.

And that pressure did get to a mentally-weaker Morelos, last season – but this one this season is much much stronger.

Maybe not his best night on Wednesday but no one will want to put that more right than he tomorrow.

And you know what? We back him to do it.