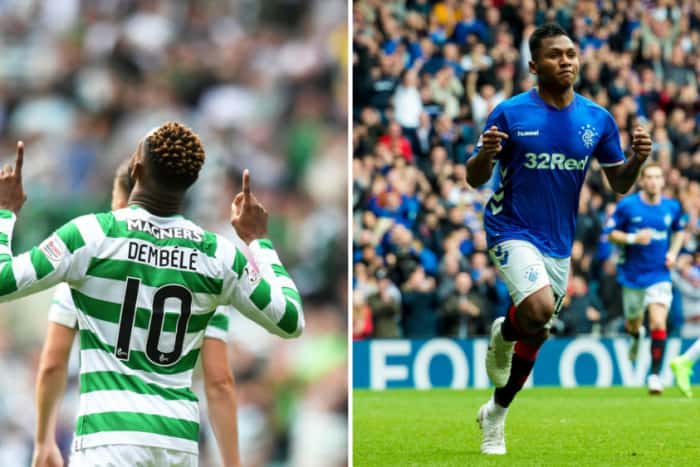 With Uefa’s announcement confirming Alfredo Morelos’ staggering achievements in European football, we do generally believe now that his detractors (let’s face it, everyone who isn’t a Rangers fan and is a fan of any other SPL team) have no argument against the Colombian’s merits and value.

‘He hasn’t scored against Celtic’.

And it is of course true – Alfredo Morelos has a mental block playing Celtic – Celtic’s defence and goalkeeper raise their game against the Colombian and shed blood sweat and tears to keep him out, and he definitely has a bit of a blank spot when it comes to this team.

But, we also have a dramatic hypothesis:

Where Kris Boyd’s record against Celtic was scrutinised for its ineptitude (Sorry Kris) he didn’t really compensate in other areas – he didn’t do it much in Europe, which is the big one, and he will always be remembered for the miss in Spain which cost Rangers a place in the quarter finals of the Champions League. He also didn’t do it particularly well against the better sides in the SPL.

To his credit he did do it for Scotland – 7 in 18 which isn’t bad, but his record for Rangers aside bread and butter SPL was poor.

What are we getting at?

The rules, ladies and gentlemen, have changed.

As Ally McCoist put it pre-Hampden, Rangers strikers are judged on their goals against Celtic.

Except, with the advent of Morelos, they no longer are.

How, with a serious face, can anyone say a guy who scores for Colombia, breaks Rangers scoring records, and European scoring records, isn’t good enough just because he hasn’t done it against Celtic?

Kyle sodding Lafferty scored against Celtic and we’re not absolutely sure he’s quite ready to be sold to anyone for £30M or be written in Uefa legacy books for historic achievement.

If Morelos does put one away against Celtic we’ll all love it.

But the reality is he’s scored against much better teams than Celtic and will continue to do so.