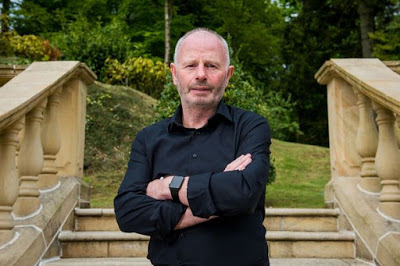 After years of being smeared ‘cheats’ by Celtic and Aberdeen especially, it was with a great deal of amusement that Ibrox Noise noted Stewart Milne’s confession that he dug into his own pockets to bail his club out when it hit hard times.

Sorry, but after all the piffle the Dons and their fans have flung at Rangers, alleging illegal bankrolling and the rest of it, this comes as astonishing irony to hear the former chairman concede he basically did the same thing!

The brass neck on the Red Army to hurl garbage at Rangers for every alleged financial indiscretion under the sun, all the while their own chairman was pretty much doing the same acts as SDM.

Now, remember, this isn’t us being paranoid and silly – UEFA FFP rules dictate a club cannot spend more than they make.

That is, a club like Manchester United can afford a £90M Paul Pogba because their own brand generates that level of cash – even though the people behind the club could afford the player anyway, they can’t just dig into their own pockets. That breaks the rules.

These are rules AC Milan, for example, fell foul of, and ended up banned from Europe – well Aberdeen, while hardly European heavyweights, committed principally the same ‘offence’ – relying on a board member’s own pockets rather than cash their brand organically generated. Of course in Aberdeen’s case they can’t exactly attract Paul Pogba so that’s not really a problem, financially, but European competition certainly requires prudence with regards ‘fair play’ and we’re not so sure they’ve been above board themselves.

And to think this group of halfwits have the gall to call Rangers cheats when their own club commits similar acts?

It’s true, Rangers were irresponsible with cash back in the day – we hold our hands up to some financial mismanagement.

But the fact that butter wouldn’t allegedly melt in anyone else’s mouth in this Scottish game is what is so ludicrous.

The reality is the wee clubs saw the big club in trouble, and kicked it when it was down, regardless of their own houses being well out of order too.

What goes around always comes back around.