Home Rangers 55 is Rangers’ to lose – Scottish football has changed 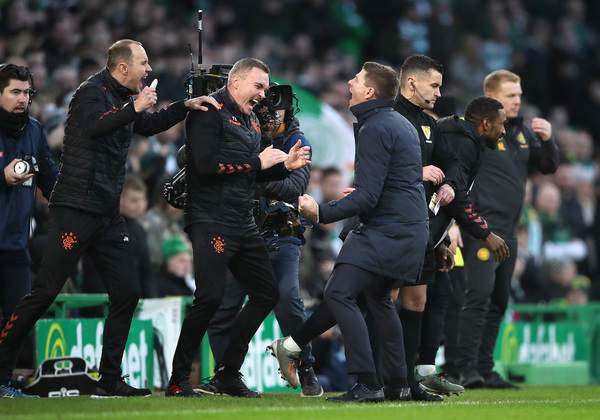 Rewind just over a year ago – Ryan Jack had just given Rangers their first win over Celtic since 2012, and with the winter break upon us, Steven Gerrard’s men looked like they were going into the second half of the season with all the impetus.

Unfortunately, Steve Clarke put a spanner in the works and it crashed and burned after that, before an admittedly superb split gave the side some impetus again.

Sadly it was too little too late.

Back today though, and it’s the same scenario – a massive win over Celtic into the winter break, and if we learn from history, we’d come back and trip up.

But, it’s different this time, isn’t it? Steven Gerrard (and his squad) have a year of experience and three Old Firm wins now under their belts. They have learned from 18 months in total of being together and something feels very different this time to last.

Last year, we were thrilled with the win but hoped it would spur us onto a strong second half of the season – this time we’ve already had a strong first half, with consistency coming in droves, and while we don’t win spectacularly every match, there’s an inalienable truth to Celtic’s worries and our optimism.

Rangers are the best team in the land now, incredibly, given the budget, and Celtic don’t actually have higher gears to go into. They were in their highest gear with 11 wins in a row and a 100% record at home, and Rangers destroyed them.

All Celtic can do is try to keep winning and hope WE slip up.

Not the other way around.

In one magical 90 minutes at Parkhead, we turned the whole picture on its head, and now it’s us with the ascendancy, the impetus, and Celtic doing the soul-searching.

When we come back after the new year, it is Rangers who have it in our own hands, and we have the squad to do it with too.

Celtic do too, but they’ve lost something, an edge, drive, hunger… oh, and a decent manager.

While it’s still a long way to go, and there will be more twists and turns to come, this is by far the strongest Rangers team since Walter – frankly we’re beginning to feel it’s equal if not superior to that one.

Just like Walter in 2007 Gerrard has overcome a Celtic squad with a fraction of their budget – Walter turned it round overnight with David Weir, Ugo Ehiogu and Kevin Thompson, for a grand total of £2M in January. Gerrard took a little longer with a little more money but is achieving similar.