Home Rangers 2006 stunner; not even Walter managed this – Stevie G could tonight 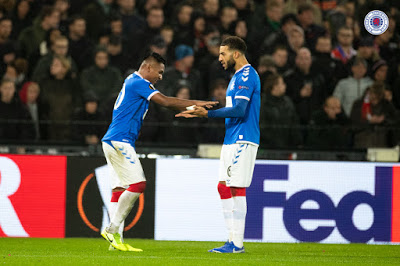 Rangers have an astonishing chance to make history not even Walter Smith was able to in his second spell by securing top spot in their European group for the first time since, stunningly enough, Paul Le Guen’s surprisingly impressive European Rangers did so back in 2006.

13 years have passed since Rangers finished in the winner’s spot in any major European competition group stage, and it would mark a genuinely incredible achievement in the hardest group in the whole competition.

When the names of Young Boys, Porto and Feyenoord were announced as Rangers’ opponents, Ibrox Noise was delighted with the draw and the glamour ties ahead, but didn’t exactly expect to finish much better than last, never mind qualify.

Now that Rangers are on the verge of winning the group it is mindblowing to look at where this club has come from in seven years, or two and a half if you’re being pedantic, and then even further back to 2006 under the disastrous Le Guen reign.

But this isn’t the only impressive fact to look at:

Young Boys have NEVER beaten a British team away from home in ANY European competition. In six attempts, the Swiss giants haven’t managed a single 90-minute win, and indeed only scored in two of those half dozen attempts.

Furthermore, for all the credit the YB have received this campaign, nine of their last 10 wins have all been in Switzerland. Indeed, their last win on the road was August last year. Rangers certainly have a massive advantage playing the Swiss on our own patch tonight.

All in all, history of an astonishing gravity beckons for Rangers – the progress is incredible and the club is ready to bounce back from the disappointment of the past two fixtures.